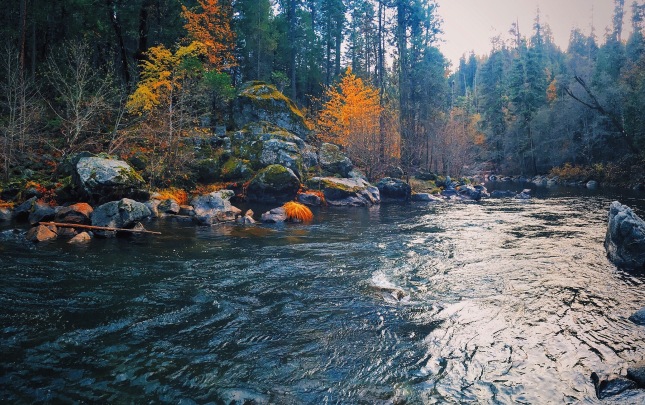 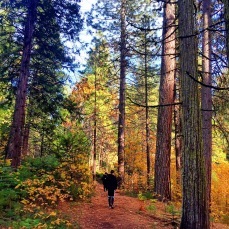 “The Road goes ever on and on, down from the door where it began. Now far ahead the Road has gone, and I must follow it, if I can…”  – The Road Goes Ever On (The Fellowship of the Ring, Book 1, Chapter 1)

Located near Arnold, CA, east of the Sacramento area and adjacent to the Yosemite National Park, the Calaveras Big-Tree National Park is definitely the place to visit if you want a closer look at the untouched parts of nature. As one of the few homes of the giant sequoia redwood trees, Calaveras allows hikers/campers to take in the magnitude of such giants left standing after thousands of years.

“In the spring of 1852, Augustus T. Dowd was tracking a wounded grizzly bear through unfamiliar territory when he came upon a forest of enormous trees. The giant sequoia that first caught his attention was the largest in what is now the Calaveras North Grove. At first, Dowd’s description of what he had seen was considered a ‘tall tale’ until he led a group of men to the grove. Word of the giant sequoia grove’s existence spread rapidly. Newspapers picked up the story, bringing curious visitors and entrepreneurs eager to make their fortunes from naive spectators.”

We found this particular place thanks to a You-tuber named David So, who made a vlog about his experience in the Calaveras Park with his childhood friends back in Sacramento. Aside from the humor that came with the video, the most eye-grabbing thing was the forestry and color that the sequoias and other natural plants created, and it was something that Jared and I instantly had to visit, especially since it’s relatively close to the Davis area. And luckily, we went at a time when there was no rainfall, unlike David and his crew, who went when the rain decided to mess with their day at the park. #blessed

Upon arrival, immediately you can observe the presence the large sequoia trees near the entrance of the park. Especially because it was the early days of spring, there were signs of vibrancy and healthy green plant life all around the park Additionally, snow was still present in some parts of the park, albiet not in an abundant amount, adding a sort of crispness in the air as we hiked, though the hike did get warmer as we went up the trail.

Our hike began at the North Grove Trail, which you can find not far from the entrance of the park and behind the souvenir stores and the visitor center.  The nice thing about this 1.5 mile trail is that the majority of it is paved with wooden flooring and level throughout, so we can focus even more to the detail and the magnitude of the sequoias we were walking past. Some big landmarks we had spotted were the Big Stump, which was at the beginning of the trail and the Pioneer Cabin Tree somewhere down the line, (both I didn’t take a picture of because we didn’t have the idea for JTNaturescape yet… much fail). However they both did not detract me from seeing the overall big picture that is the entire forestry that those landmarks were a part of. For people who want a easy and scenic hike, this trail is the best one out of the other trails in the park.

There is an option to go up towards a different trail branching from the North Grove Trail, and that is the River Canyon Trail. It is more rugged then the North Grove Trail, and there are slopes along the path with a few steep ones so proceed with caution. However you get to come closer to nature, and seeing just how many the tall sequoia trees are still standing up and how many dead ones are there, you appreciate just how long this area has been preserved for hundreds and thousands a year. You also get to go downhill at some point towards Beaver Creek. It does have rapid waters upstream, but there are calmer waters where you can go skip rocks and plenty of rocks to sit on to enjoy the sights. This trail is moderately difficult due to some steep parts.

We haven’t gotten the chance to explore more after Beaver Creek, but if you plan to camp in the area, we highly suggest exploring further down the trail. In the mornings, especially during the winter, be sure to bring jackets and water as well. Other than Yosemite Park, Calaveras is  home to some of the grandest sequoia trees in California, so this place is a place for family and friends to spend time together and bond over trees and more trees.